Home > Blog > Ask the Expert : Is there any harm in allowing office banter?

This article’s expert was Organisational Consultant and Coach Fiona McLaren.

“We have a nice atmosphere at work, with good humour oiling the wheels of the working day.  However, recently, someone was overheard saying to a colleague how offended he had been by a co-worker’s passing comment.

We don’t want to clamp down on humour or turn our workplace into a grim environment, but, equally, we don’t want to get into trouble if people don’t like it.

Is there any harm in allowing office banter?”

We sometimes hear “but it’s only banter…” when someone objects to a remark.  This, of course, serves to excuse the offender and passes responsibility to the recipient.

You’re right, no-one wants people to be afraid to open their mouths or have fun, but it needs to be clear to everyone what’s ok and what’s not, without being draconian.

We need to be clear that banter might be defined as “a two-way exchange with humorous undertones”.  Importantly, it is an exchange, not a one-way flow that ‘teasing’ might be considered.  Teasing sounds gentle and harmless, but this can go too far, particularly if people don’t know each other well enough to know how they’ll take it – when does it go too far, and when does it run the risk of being seen as bullying or harassment?

Although there is no statutory definition, ACAS defines bullying as;

“offensive, intimidating, malicious or insulting behaviour, an abuse or misuse of power through means that undermine, humiliate, denigrate or injure the recipient”.

Whereas harassment is defined by the Equality Act 2010 as engaging in;

“… unwanted conduct which has the purpose or effect of violating another person’s dignity or creating an intimidating, hostile, degrading, humiliating or offensive environment…”

So, it’s also unwanted behaviour, but it is aimed at or is because of a ‘protected characteristic’:

Whether bullying or harassment is intentional or not, it is the effect it has on the recipient that matters.

We all have our sensitivities, however illogical they may seem to others.  Work relationships may be too superficial to enable colleagues to be aware of these.  Some humorous comments may wash over some people whilst being offensive to others.

In a recent high-profile case, Lokhova v Sherbank CIB (known in the media as “Crazy Miss Cokehead”), colleagues’ name-calling (mad, bonkers, cokehead etc.) might have been seen as ‘merely insulting’, but the gender element was sufficient to tip them from ‘ordinary’ bullying into gender-based harassment.  The compensation awarded was some £3.2 million.

Workplace cultures may range from the benign to the extreme.  For example, from playful exchange to physical extremes, which will severely test those on the receiving end, like kitchen staff stripping down and scouring a colleague in the shower, testing recruits by suspending them from windows to test nerve and resilience.  The Army recently stated that they remain tolerant of military banter in a high-pressure work arena where individuals need to be certain their colleagues are tough enough to rely on extreme ‘life or death’ situations.  Whilst cracking down on bullying, harassment and “conduct that offends others”, which might undermine trust and operational effectiveness, they want to avoid turning it into a “sterile and humourless place”.  Context is clearly an important factor.

One difficulty for individuals is that they may be seen as ‘not taking a joke’.  They may feel they have to go along with teasing or banter if they’re not seen as being team players.  Over time, this may look like condoning it, but one joke may finally bring this to a head with serious consequences.  Tolerating it over time may not be seen as a defence where a tribunal may take the view that, in the circumstances, the individual was unable to react differently.

Nowadays, social media can spread harassment to an audience wider than the workplace.  Tribunals are construing harassment claims more widely, aware of the potential harm to employers’ reputations when internal communications between colleagues can be shared with the online world.

Getting specialist advice in the event of a complaint is always desirable in this minefield for organisations.  Employment lawyers will argue the details in tribunals, but day to day, employers need to think about a pragmatic approach that keeps them on the right side of the line.

When working with organisations, I have found a useful, practical exercise has been to get staff and managers to devise their own ‘code of conduct’, being explicit in their expectations of each other and thus enabling a frank discussion before problems arise.

Being proactive is cheaper than protracted litigation, where compensation awards can be very substantial, and relationships irrevocably damaged.   Remember, although individuals can be held accountable, it is more likely that the employer will bear the burden of vicarious liability and the aftermath. 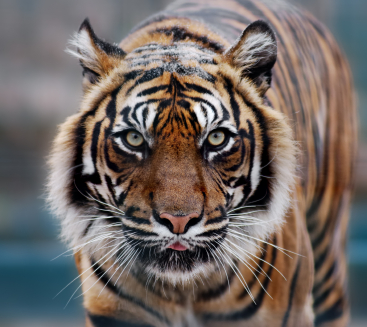