This case study illustrates how coaching was used to improve the working relationships of a senior manager who was showing signs of stress.

Rob is a senior manager in a large corporate organisation. His line manager asked him to consider coaching because he was gaining a reputation for losing his temper.  Rob had previously had problems with his heart and this was a worry to all.  Both Rob and his manager felt stress was a key issue, but were unsure how to progress.

In their initial session, Rob and our coach used the HSE standards as a framework to identify the sources of Rob’s stress, that is,

They quickly discovered that the problem was not the job itself, which was well defined and easily within Rob’s capabilities.  His line manager was on his side, if not always pro-active.  However, Rob was very frustrated at the way recent organisational change had impacted on his team.   His inability to influence some critical aspects of this change had led to frustration which had spilled over into anger, so that relationships were being soured at all levels.

In the second session Rob and our coach identified what Rob could realistically expect to influence/control, and whether he could ‘let go’ of what he couldn’t influence.  This ‘letting go’ proved to be Rob’s core challenge.  He had high expectations of others, and couldn’t hide his disappointment when he believed they were less conscientious than he was.

A third session was spent understanding where these powerful expectations came from, and how Rob could choose different responses.

By the fourth session, Rob was seeing positive change.  He had taken responsibility for the way he expressed his views and was using influencing styles that were paying dividends.  On a practical level, he had asked for and received communication process changes that would support his team in doing their jobs.  He was also putting a higher priority on his health, and began a weight control programme that eventually lost him 2 stone.

Please note: Names have been changed for purposes of confidentiality.

Please get in touch with us if you have any questions.  We are always happy to talk about our courses and services to help you work out the best match for your requirements.

WHAT OUR CUSTOMERS SAY

"The quality of the training has been fantastic and our employees are really engaging with the trainer and getting something out of it. Also In Equilibrium makes the whole process very easy to arrange."

"We wanted to provide a course that taught useful and practical coping strategies that our members could put into place straight away. In Equilibrium’s experience showed us that they could provide this, and they tailored the course perfectly."

— The Association of Electoral Administrators

"In-Equilibrium recently presented Mental Health Awareness to Managers in all of our area offices. The training was really well received and all of the trainers were praised for their in-depth knowledge and understanding."

"The training was very well received by staff who now all intend to implement the session’s practical tips and techniques into their existing roles. A large proportion of the staff rated the facilitator and their delivery as excellent and their only recommendation was for a further and longer session!" 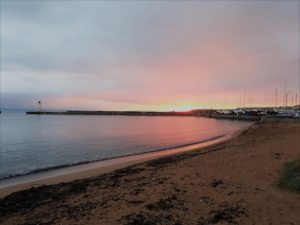 A Q&A about burnout features in our Winter newsletter

The final edition of our quarterly newsletter this year includes a series of short videos featuring a Q&A about burnout, a handy self-care tip and some helpful resources and articles on workplace wellbeing.
Read More → 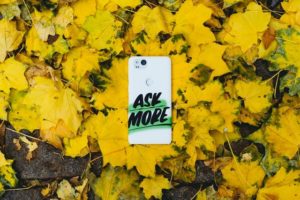 Ask the Expert: Tips and answers to FAQ’s about burnout

In a series of short videos, trainer Michelle Spirit offers tips and advice in answer to FAQ's about burnout that are put to her by Jan Lawrence. If you prefer to read the advice, transcriptions of each video are provided.
Read More → 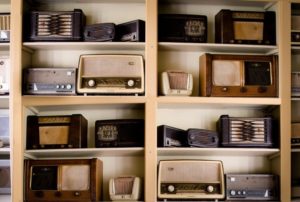 And everything worked out for the best – or did it?

In her column for our Winter newsletter, Amanda finds she has difficulty with only hearing half a story but comes up with a goal for 2022.
Read More →