Home > Blog > It’s all happening between the pages in our house!

It’s all happening between the pages in our house!

When you live with someone who works with books, it’s not uncommon for your home to become overrun with them. For a booklover this is probably the stuff of dreams and, on a practical note, they always make good temporary coffee tables or wobbly furniture levellers! In fact, they become so much a part of your life that you are shocked when the odd visitor asks, “How do you manage to dust all those pages?” Thankfully, a question which has only been directed at me once, and I was so stunned I didn’t manage the witty response such a banal question deserved.

So putting such an obvious disadvantage aside, one of the great advantages is that you tend to pick up a book in a spare five minutes and start turning the pages of what you probably would never have found if it wasn’t just in front of your nose (literally!).

Such an experience occurred a few weeks ago which resulted in me continuing to finish the whole book (not at one sitting I hasten to add, I do have dusting duties to attend to!) and left me with that wonderful feeling that although you accept the world is made up of diverse characters, you’ve begun to understand how someone totally different to yourself actually ticks.

The book in question was an autobiography written by the Canadian astronaut, Chris Hadfield. What initially hooked me was his description of his feelings when, aged 9, he sat squashed in a neighbouring holiday cottage (which was the only one with a television) and, along with a room full of the island’s residents, watched Neil Armstrong take his historic first steps on the moon. He knew from that moment, becoming an astronaut was what he aimed to do with his life and it shaped every decision he then made. He wasn’t complacent and knew that living his dream was only a remote possibility but he based his educational decisions and early career to put himself in with a chance should the opportunity ever occur. You couldn’t help but feel delighted for him that it did and it was a case of making your own luck in this world, with a ridiculously clear focus and huge amount of dedication and hard work. He’s very humble, comes across as an exceptionally nice guy and, at the stage he is at now of looking back on his career, is fully aware of the personal sacrifices he asked his family to make, and indeed made himself.

As far as I’m concerned he can also add another convert to the growing number of people he has helped to educate a little more about space travel and its importance and relevance to our world, which was another one of his career aims. While he was dreaming about a future life as an astronaut, I watched the same footage a few years later as a child and thought, “How mad would you have to be to willingly go into space?”. Well, now I know that you don’t have to be mad at all, it’s just that something different floats his boat than mine, and it really opened my eyes to a world I’d spent very little time thinking about. I mean, have you ever wondered what happens to snot and tears when gravity isn’t present to let them fall out of your nose and eyes? No, neither had I … but I do now and feel all the richer for it! 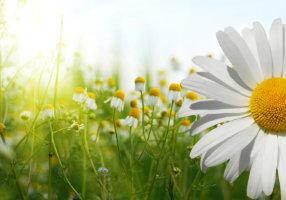