The theme of last month’s Suicide Awareness Day was Working Together to Prevent Suicide.  As ever, this important date in the calendar helped to create awareness, start conversations, and break down the stigma which can act as a hurdle for those seeking help.

Currently, nobody knows what the effects of the current pandemic and associated economic downturn will be.  Whether it will have the same effect as other disasters in the past whereby cases of mental ill health and the number of deaths by suicide have both increased.  The Samaritans have recently released the key findings from their ongoing research to understand the impact of Covid-19 on wellbeing, which give us an insight into both the volume and shifting complexity of issues being faced by people.

People spend a large part of their life in the working environment, so the workplace can play a really important role in checking in on how colleagues are.  If workplaces switch on to the importance of this, and the realisation that being kind to people is powerful in itself, they can help raise the importance of ensuring there are regular channels of communication within each team.

What do you do if you receive a declaration of suicidal thoughts or self-harming behaviours?

What happens if, during your next phone call or face-to-face interaction, someone actually asks for your help as they see no way out and ending their life feels like the only option? Or someone confides in you that they are drinking too much, their recreational drug use has gone to scary levels, or they are flouting safety procedures with the attitude, if I die so what?

Are you prepared and confident in knowing how you would react and what you would say?

Of course, we all hope these are conversations we do not actually have to have.  However, if as a nation, we want to break down stigma and for everyone to be able to talk openly about mental illness and suicidal thoughts, surely, we all need to be ready and prepared to confidently handle such conversations? Not being prepared is failing both those who ask for help and those unprepared to ensure they receive it.

Am I likely to receive such a call?

The person who confides or asks for help by reaching out when you are working could, for example, be a customer, a client, a tenant, a student or a work colleague.

Although statistics suggest that those in unskilled roles and those from skilled trades are more at risk of suicide than directors and managers, a number of factors increase individual risk and figures for those working in certain roles and industries have been found to be above average for England.   Based on figures from 2011-2015 , these include for men; agriculture; construction; the finishing trades; process plant occupations; culture, media and sport; and those providing care and personal services.   Although suicides are less common amongst women, in the same period, there was increased risk of suicide for women working in culture, media and sport; and health professionals.

Statistics, however, are just that and with 6507 deaths by suicide in the UK in 2018 , no workplace can assume they are exempt.   However, providing a safe and healthy workplace environment can play an important role in suicide prevention.

Comments and feelings from those who have handled a declaration

Receiving a declaration of suicidal thoughts or self-harming behaviours can come out of the blue for the recipient and often it is not something they are trained to handle.  It is common to re-play the conversation in their head, asking themselves if they signposted correctly or if there was anything else they should, or should not, have said.

If you have ever been in the position, you may recognise the following comments we have heard expressed:

“I tried to keep them calm, but it felt like every word I said weighed very heavily on the potential outcomes.”

“I’ve always considered myself a good listener, but I was outside my comfort zone. It made me realise that I need a plan and some training. Knowing listening is important is one thing but if the person sounds desperate what dialogue do you stick to? What are you trying to get them to focus on?”

“I became very aware that I had limited time on the phone with this person that I didn’t know. I couldn’t see where they were or their expressions. I did my best but would have felt much more confident if I knew what facts I needed from them in order to help make sure they were safe.”

“The thing I found most difficult is that I’ll never get to know if the person was ok but at least I feel confident that what I said was helpful and that I didn’t make things worse.”

To return to the theme of working together to prevent suicide, as specialist trainers of suicide awareness courses we can deliver training to help create awareness, reduce stigma and build skills to deal confidently with a situation should it arise.  Our standard and bespoke courses can be delivered in either face-to-face or virtual settings.

Specialist trainer, Christine Clark explains why now is such a pertinent time to book or attend suicide awareness training:
“It is estimated that 1 in 20 people are having thoughts of suicide, we know that following times of adversity mental ill health & suicide thought can increase.  There has never been a more important time to understand suicide intervention and its power to support a person to live.”

Delivered sensitively, this half-day course is relevant to anyone and can either be delivered in-house or individual places can be booked as part of our Open Course Programme.

The course is designed to help delegates understand how to support people with suicidal thoughts rather than dealing with the act of suicide as such.  Participants will gain an understanding that is about learning to grasp our potential while also knowing our limitations, and that all we can do is put things around to protect and increase the person’s own safety but we can’t ensure they are used.

This course is particularly suitable for HR managers.  Although finding a full day to commit to this training may feel difficult, the benefits are priceless.  Participants will leave the course with an understanding about supporting someone to be in a better place not to die, a 6-point plan and a good chance that they will have also practised a conversation.  This all helps to be able to recognise and ask what needs to be in place.  For example, they would know to check if it is one thought the person has had or if it is something they constantly think about, as they will have an understanding that the response needs to be appropriate to the way the person is feeling.

This one-day course is accredited by City and Guilds of London. Attendance gives  participants the CPD option, at a small additional cost, to complete a workbook of tasks that are assessed against the set learning outcomes and gain 6 NQF credit points at Level 4.

Relevant articles on our blog.... 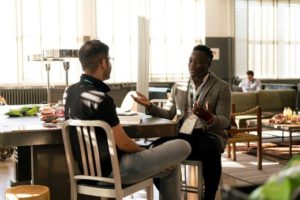 The value of non-judgemental listening in the workplace 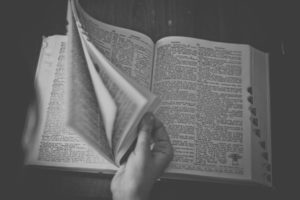 Mental Health Awareness – How language used can contribute to stigma

If we all took a moment to think about the language we use when discussing mental ill-health & explain the reasoning to others, we could help reduce stigma. Continue Reading Mental Health Awareness – How language used can contribute to stigma
Read More → 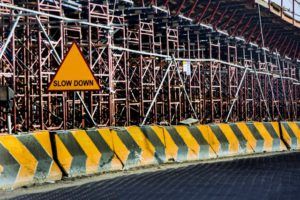 Risk Assessment in the Workplace: a priority for psychological as well as physical wellbeing

An explanation of why managers should consider psychological wellbeing alongside any potential physical dangers when carrying out workplace risk assessments. How to use In Equilibrium's ‘CUSP’™ framework to manage mental health conditions at work is outlined. Continue Reading Risk Assessment in the Workplace: a priority for psychological as well as physical wellbeing
Read More →