Resources/Blog > When all is not as it seems

When all is not as it seems

In her column for our late Summer newsletter, a memory sparks a less than flattering tale from Amanda's youth

I think one of my abiding memories of living through this pandemic will be of watching endless people contributing to news programmes with their bookcases in the background.  I certainly couldn’t put my hand on my heart and say that I’ve listened to every word some have spoken whilst not being distracted playing “I spy” with the book spines behind them.

But I was quite disheartened to read somewhere that this has meant some have taken it to another level.  According to the piece I read, personal buyers have been kept busy selecting the literature for the wallpaper we’ve all been scrutinising, to ensure it passes muster.

It takes me back to my childhood, when I’d be sent to thank a neighbour for a present or go along with a friend to visit their elderly relations.  There would be a bookcase in the living room, full of dark, mock leather-bound books ... or so you thought!  If you ever asked, you’d be told they were to be looked at and not touched.  If you impertinently took one off the shelves when left alone while the refreshments were being made, you’d find it was just an empty fabric covered cardboard box with gold edging and a title and author printed on the narrow edge to resemble a book’s spine.

I can remember finding it sad then, and I do now.  Personally, I’d rather they had filled those shelves with ornaments, photographs, holiday paperbacks or anything else which reflected what they liked and who they were than feel they had to portray a persona which wasn’t their own.

However, the fake book memory reminds me of one of the staple ornaments I can remember sitting on display in living rooms as a youngster, although sadly never my own.  The item in question was a silver-coloured contraption made to resemble an open carriage.  On this would be placed a box of After Eights, I assume in most houses to be passed round rather than looked at.

Not so in my friend’s house.  Her mum, who was invariably on a diet, always kept an unopened box she could grab on her way out when she’d forgotten to get anything for the hostess of her seemingly constant stream of social events.  One evening when we were home alone, supposedly revising for some upcoming exam, we felt the need for some chocolate.  Being well past the opening hours of the local shop and finding nothing tempting in the kitchen cupboards, our eyes fell on the trusted box of chocolates sitting on its silver carriage.

I think my friend must have done it before, as she expertly undid the end of the clear, outer wrapping and partially slid out the box without ripping it.  We then ate our fill of those wafer-thin mints, leaving the individual paper sleeves in situ.  The box was then slipped back into the cellophane covering and the end secured with a dot from one of the glue sticks that for some reason we both carried in our pencil cases.

On the kind of occasion that really bonds a friendship, we both managed to look shocked and disbelieving when her mother came off the phone a few weeks later to tell us the strangest tale.  Apparently, one of her friends who had thrown a dinner party the previous weekend had received a fully wrapped but half-empty box of After Eight mints.  Straight faced, we nodded in unison agreeing how awful it was, as she told us the only explanation they could come up with was that the machine at the factory must had suffered a malfunction!

This column appeared in our late Summer 2021 newsletter, if you would like future editions of our quarterly workplace wellbeing newsletter sent directly to your inbox, please sign up here. 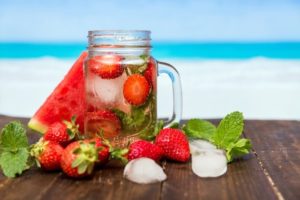 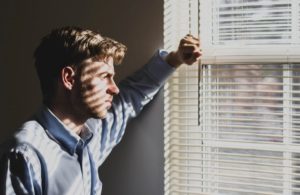 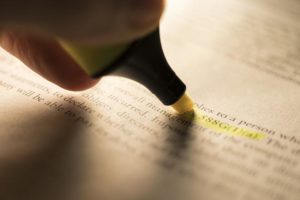