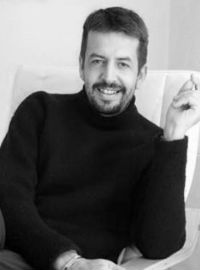 Andy completed a four-month-in twelve project in Lebanon, Syria and Jordan in May 2009 training and coaching managers and staff from Terre des Hommes, UNHCR, UNICEF, Save the Children and Right to Play amongst other INGOs and local NGOs working with Iraqi refugees. His work was on relationship building and empathy within the organisations and with the refugees and included management training for NGO managers in supervision.

He has also been working for 12 months with a local charity in Brighton conducting an organisational review including training their managers and trustees in team working and decision making, as well as helping them sort out their governance systems and processes.

In November and December 2008 he worked with the Refugee Council in London training teams in Nonviolent Communication as a way to enhance relationships within the team and the organisation.

Between 2002-2004 and 2005-2008 he lived in Sri Lanka working first for VSO for two years – doing management and organisational capacity building with many local NGOs, then working for Nonviolent Peaceforce as a trainer in multicultural teamworking and then for a local peace NGO for two years where he ran many (30+) workshops with local communities affected by war and tsunami, as well as helped run the NGO.

In 2004 he did a MA in Peace and Conflict studies in Sydney, Australia.

For 10 years between 1992 and 2002 he was a coach, trainer and consultant in the NHS, the Chartered Institute of Management Accountants, Mencap, and for many private sector orgs – running an array of management training, team building and conflict resolution programmes for all levels of staff up to Chief Exec.