The course content encourages managers to understand the link between mental wellbeing and emerging mental ill-health, equipping them with basic knowledge essential to supporting a mental health diagnosis.

Our training courses are currently being delivered in a live, virtual, interactive format.

All of our training is delivered by experienced subject experts.

Our face-to-face training can be flexible around delegate numbers.

Employers, and in particular managers, play a key role in supporting the physical as well as the mental wellbeing of their team members. A healthy managers’ approach can create a supportive, non-judgmental ethos within the team allowing team members to flourish.

There are operational, legal, financial and moral reasons to give mental wellbeing a priority in the workplace; managers who are well informed in this area will be much more effective in making this a priority.

Currently the biggest single reason why people leave the workplace is issues relating to mental ill-health. Absenteeism is incredibly costly and disruptive to all organisations. Presenteeism (coming to work when ill) has been estimated to be twice as costly as absenteeism; this hidden cost has massive impacts on performance and health & safety.

‘The Thriving at Work’ report recommends 6 ‘mental health core standards,’ as a starting point for managing mental health in the workplace. These standards include the implementation of a mental health at work plan; raising awareness of mental health; and encouraging open conversations with regard to the relevant support available.

Further details of the Thriving at Work report:

Delegates receive a comprehensive overview of mental wellbeing and possible mental ill-health. Managers gain the knowledge and confidence to explore individual indicators with staff and appreciate the impact of prolonged stress. They will go on to create a supportive individual action plan to promote wellness and recovery in the workplace.

The objectives of the course are:

Training delivery is relaxed and flexible.  A safe and supportive learning environment is created to enable a productive discussion of a sensitive topic. The challenges those with a mental health condition regularly face in the workplace are highlighted through discussions and exercises.  Practical exercises are used to demonstrate the link between mental wellbeing and mental ill-health and harness the experience of the delegates.

Who Is It For?

This course is essential for anyone whose role involves being a people manager or supporting others. The content would also enhance the role of anyone involved in psychological health policy writing, including Human Resource professionals and Health, Safety & Wellbeing Officers.

A testimonial for the Mental Health Awareness Training for Managers Course:

“For us, training and education within our business is always high on our agenda and the Mental Health Awareness course run by In Equilibrium proved to be a fascinating and highly valuable experience to our management team. The day was delivered with complete professionalism and I’m confident that the whole team left with a far greater understanding and awareness of this important area, and I’m sure this will help us to better meet the needs of our employees going forward.”

As basic training for all in mental health awareness is considered good practice, this course is suitable for anyone working in a team environment. Focusing on the most common mental health problems, the training includes recognising signs and symptoms and advice on practical strategies to support others.

A practical and interactive one-day course which looks at the signs of stress and its risk implications. By the end of the day, participants will be able to discuss individual team members' stress triggers with them and agree individual strategies which can then be reviewed at a later date.

Enlightened employers are now highlighting first aiders for both physical and mental health in the same way. This course is designed to teach participants how to spot the signs and symptoms of mental ill-health together with a set of skills which enables them to support someone experiencing mental health issues.

Please get in touch with us if you have any questions.

We are always happy to talk about our courses and help you to work out the best match for your requirements.

WHAT OUR CUSTOMERS SAY

"The quality of the training has been fantastic and our employees are really engaging with the trainer and getting something out of it. Also In Equilibrium makes the whole process very easy to arrange."

"We wanted to provide a course that taught useful and practical coping strategies that our members could put into place straight away. In Equilibrium’s experience showed us that they could provide this, and they tailored the course perfectly."

— The Association of Electoral Administrators

"In-Equilibrium recently presented Mental Health Awareness to Managers in all of our area offices. The training was really well received and all of the trainers were praised for their in-depth knowledge and understanding."

"The training was very well received by staff who now all intend to implement the session’s practical tips and techniques into their existing roles. A large proportion of the staff rated the facilitator and their delivery as excellent and their only recommendation was for a further and longer session!" 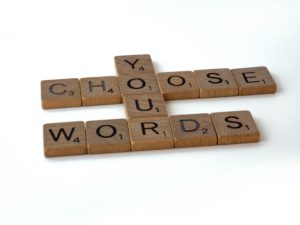 The DESC Model for Assertiveness

This blog describes the ‘DESC’ model, which is a framework for difficult situations when we want to be more assertive but lack the confidence to communicate our feelings.
Read More → 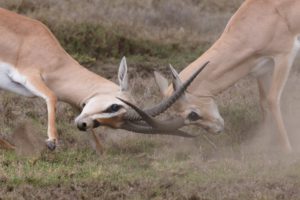 Investigations in the Workplace – Why effective communication skills are essential

Understanding some principles of communicating is just one aspect of effective communication skills, an essential part of conducting formal investigations.  This is why we often agree with course organisers to include this topic when they are looking to provide our How to Conduct Professional Investigations in the Workplace training for staff members.
Read More → 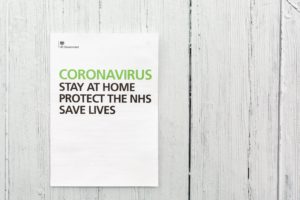 Support managers to discuss mental health with staff during Covid-19

In Equilibrium's mental health awareness training courses give people the right channels to open up about mental health. Proactively bringing the issues and challenges into the open enables staff to explore strategies to create a more positive culture. These actions help the organisation to be even more future-fit when the lockdown ends.
Read More →

Find out more or adjust your settings.