Home > Blog > Ask The Expert : My anger in the workplace is getting the better of me

Ask The Expert : My anger in the workplace is getting the better of me

This article’s expert was In Equilibrium Director, Jan Lawrence

Question on Anger in the Workplace

At work I find I am easily frustrated and my temper seems to be getting increasingly worse to the point where I feel absolute rage inside.  Last week I completely lost it with a colleague in my team over a deadline but I could tell I really hurt her feelings and then felt terrible afterwards.

No-one can completely avoid feeling angry.  If an angry outburst leaves you feeling worse then it might be worth taking a closer look at your reaction.  Controlling anger is about becoming aware of your inner thoughts and needs and developing healthier ways to express them.

Anger which is out of control is bad for your physical and mental health, your career and your relationships.  Living as a slave to your temper is no fun and excuses like “I’ve always been like this” – “it’s how I am” can sound a bit lame to people in our life who have to put up with frequent temper tantrums.

Instead of seeing the angry reaction as being something anyone would have, ask yourself what you are doing to create the feeling?

It could be that certain situations /events/ people are triggers for this response in you and that raising your own awareness of these triggers and the effect on your own thoughts and feelings could help you to find some control over your behaviour.  We are often in control more than we think.  It is interesting to note that even when you feel you “completely lost it” you probably did still manage to maintain some level of control, perhaps this can be increased with a bit of work/practise?  Think about a road rage incident, a person may shake their fist at the other driver but they are still inhibited enough by what is socially acceptable not to drive them off the road!

Keep the lid on

Expressing anger can become a bit of a habit.  While it is important to talk about your feelings, acting angrily can become habit forming and research has found that releasing anger inappropriately can actually make people feel worse.

Imagine a pot on the cooker with soup boiling inside.  If you take the lid off without reducing the heat the soup will boil all over the surfaces.  If you leave the soup boiling with the lid on eventually it might ruin the pot.  If we think of the heat as the trigger, can you turn down the heat and slightly lift the lid?  Then the simmering soup will remain contained in the pot with no mess to clear up afterwards.

Thinking about anger… an outburst might be the equivalent of taking the lid off and letting off steam, but if you don’t tackle the cause i.e. the feelings leading up to it, then the anger will keep exploding out.  Alternatively if you do the equivalent of keeping the lid on and not reducing the heat , i.e. don’t have an outburst but don’t deal with the cause, then, like the pot being ruined, your own health could suffer over time.  The best plan is to express your anger in healthy proportionate ways (take the lid off a little) while at the same time pre-empting the triggers (reducing the heat).  It is worth working on ways to express your anger in healthy ways so that you are not left trying to clear up a lot of mess afterwards.

Tips on controlling anger and rage

Become aware of physical sensations of anger in yourself (e.g. red face, clenched fists, heart pounding, tight chest)  and see them as a warning that you need to practise some anger management techniques in order to get the outcome you want.

The usual self-care activities can make you feel better and make you less likely to become angry generally – getting enough sleep, eating the right foods, exercise.  If you keep a note of when you have had outbursts you might notice a pattern e.g. after a bad night’s sleep/ after eating junk food/ drinking too much alcohol e.t.c.

Give yourself the time to let the physical symptoms subside and then ask yourself:  Is this as bad as I first thought?  Is this situation as important as it feels?  Will getting angry result in the outcome I want?  Do you need to deal with this now or could you move away from the situation, sleep on it and decide later if you still feel the same way?  Anger does normally dissipate with time.

Is there a chance that your anger is really a reaction to something else but you are using the current situation to vent the anger?  If so try to work out your true feelings, it may be that you have never learned how to handle anger.  If anger has become a bit of a habit and it is your default emotional response to difficult situations then it may be that you are covering up your true feelings and needs.  If this is the case it is worth trying to work through those feelings.

Thinking errors; Ask yourself what thinking errors am I making?  Taking things personally, jumping to conclusions, perfectionism, ignoring the positive, …  could it be the way you are thinking about it that is causing the disproportionate anger?  This is worth taking time to reflect on.  Often angry people see the cause as being the other person/situation and don’t reflect on what they are doing to create the feeling.

It is worth mentioning that the appropriate level of anger is usually a lot less than we think.  A very low level of irritability and anger provides useful feedback to those around us while anything above this is usually counter productive and likely to make everyone around us feel like they are “walking on egg shells”.  Learning to express your anger in constructive ways makes change more likely moving forward.

Ask The Expert : Am I being agressive? 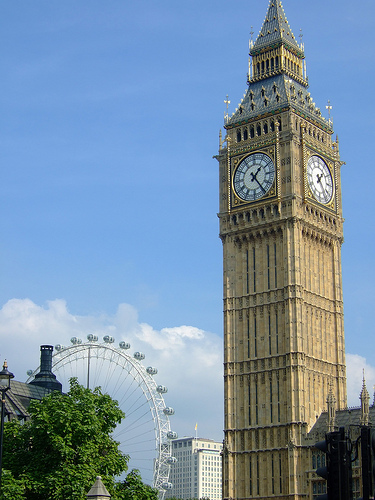 Dealing with Change and Addressing Anger and Hostility in the Workplace